What Makes A Happy Song Happy?

Music moves us.  When we hear a song, it stirs emotions inside of us.  Often time, seconds after a song starts, a memory pops into my head.  For many of us that love music, we have written a soundtrack of our lives.  The sad times, the good times, moments that changed how we feel and think.  But, is there a science to the emotion of music?  Chris Gaylord of The Christian Science Monitor writes: 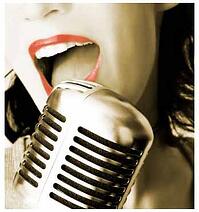 While there are many ways to weave emotion into music, two of the simplest are tempo and key. Happy tunes mostly have fast tempos and major keys. Sad songs often have slow tempos and minor keys.

To prove this, University of Toronto professor Glenn Schellenberg set up an experiment. He asked a graduate student to identify Top 40 songs that match these cri-teria. Finding happy songs from the 1960s and '70s was easy – The Beatles' "She Loves You" has a fast tempo and a major key. But with each successive decade, the hunt turned up fewer and fewer examples.

"When it came to contemporary music, it was really hard to find unambiguously happy-sounding music," says Mr. Schellenberg.

Looking at more than 1,000 Billboard hits since 1965, his team found that the average song has become longer, slower, and less happy-sounding. The share of major-key songs dropped from 85 percent of pop hits in the 1960s to just 42 percent in the 2000s.

To the modern ear, "if you have something that sounds unambiguously happy, it kinda sounds childish," he says. Schellenberg points to Aqua's 1997 dance hit "Barbie Girl." The fast-paced, major-key song sold well – but as a guilty pleasure. More critically accepted dance songs such as Kylie Minogue's "Can't Get You Out of My Head" and Madonna's "Hung Up" share the same quick beat, but both are in a minor key.

Even this summer's sugary hit "Call Me Maybe," by Carly Rae Jepsen, tosses in a few minor chords.

Schellenberg says that classical music went through a similar transition. By the 1800s, 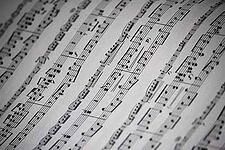 What do you think?  Do our memories create the emotions we feel when we hear certain songs?  Or, is it a trick?  Are song writers and composers using music theory to stir our emotions?  My guess is it is probably a little of both.

Best Places for Piano Lessons in Dallas-Fort Worth

If you live in Dallas Fort Worth and want your child to be a great pianist one day, you should check out these best music schools that offer piano lessons. JUMP INTO SECTION Best Places for Violin...

2022 Best Summer Getaways for Your Family

Best Places for Violin Lessons in Dallas-Fort Worth