Songwriting Lesson: Hooks Make Hits. Make Sure Your Songs Have Great Ones!

"If you as a songwriter aren't paying attention to hooks when you write, it's time you re-thought how you work. Most writers are familiar with the "hook." It's the part of a song usually repeated over and over — the phrase that listeners sing along with and remember most about the song. Hooks are super important in creating radio hits, and as the following points out, important when it comes to getting your music in film and on television. 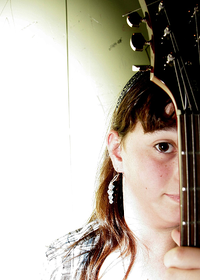 One of the prime sources of income from songs is that earned from synch arrangements. "Synch" is short for synchronize, the process of using music in film, videos, commercials, etc. Income from "synchs" comes from two sources: fees from the rights granted to use the music and performance royalties paid when the synched music is played on radio and television.

A great example is The Black Keys, an Alternative band who records in Nashville. According to Billboard, the group gets about one synch offer each day, both for new music and older material. Black Keys manager John Peets of Q Prime South, who handles the requests in-office, describes the volume of licensing inquiries as "shocking."

"They write such strong hooks... that's why they've been successful with licensing," Peets says. "Most people think about synchs in terms of complete songs, but really, it's more about which 30-second snippets will work."

So the "hook" works not only to gain radio popularity, but to get into the lucrative business of providing music for television, film, etc.

The hook and the title are often the same thing, which means that the hook, the title and the idea for a song could start out together and combine to make a powerful impression for the songs that make hits and go on to be recorded and synched many times. So when you come up with an idea, try it on as a title (untitled is not an option). And make sure it works well when repeated several times as part of a chorus.

Be aware of it. Pay attention to it whenever you write. If you use them well, listeners will pay much more attention to your songs."

We have had nearly 10,000 students come to Creative Soul since we first opened in 2006, which is absolutely incredible. One of the first questions I ask every parent and student who comes to our door...
Giving Back

YOU Blessed 450 Kids this Christmas

My family and I joyously delivered some holiday gifts and got the privilege to visit with Vickie Akins, Founder and Executive Director of Chosen Ones today to drop off our donations from amazing...

From Scattered to Focused For myself I struggled with ADHD, moved a whole heck of a lot, lived in Section 8 housing and didn't start piano lessons till right after high-school. It was already a...
Request More Info  Call Us