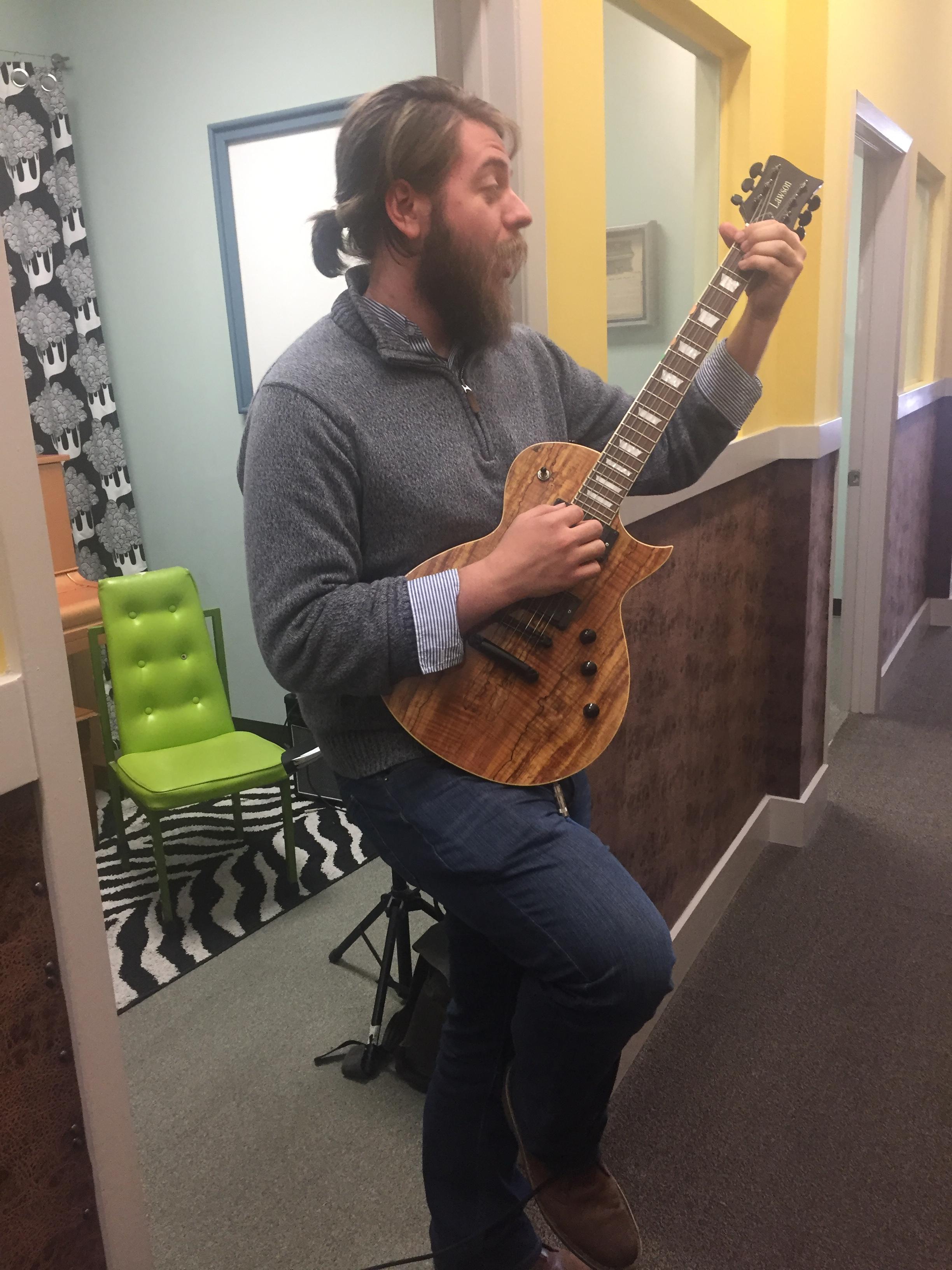 When Michael sang Come Together at a sixth grade concert and heard whoops and hollers of appreciation he knew he wanted music and performance to be a big part of his life. Michael comes from a musical family, with a dad who’s a professional musician, a brother who’s an award winning pianist and percussionist, and a sister who sings and performs on guitar. Michael started on bass (thanks to Paul McCartney as well as his dad’s promise that bass players work a lot) and has held down the bottom in his own band MP3 and the Jeh Horton Band as well as lending his talents to area schools’ music departments. Fascination with music theory and chord structure brought Michael to guitar a few years later. A versatile guitarist, he plays both acoustic and electric in all styles. Michael has applied his guitar talents to MP3 and held the guitar chair in his high school Jazz Band. He has also performed duo/solo gigs as a guitarist/vocalist. Peterson is also a vocalist in many styles, including classical, opera, and rock and roll. He studied under the esteemed TCU voice professor Dr. Scott Ferrell, learning the voice mechanics and techniques necessary for any genre of vocal music. He is the lead singer of his own classic rock group MP3 and has solo and ensemble experience in choir and Broadway musical styles. Michael loves teaching as much as performing: “Besides sharing my love of music I enjoy seeing a concept finally click in a student’s mind,” says Peterson. “I know the thrill of that feeling when something you thought was impossible becomes possible, and I like to see that thrill in students.”