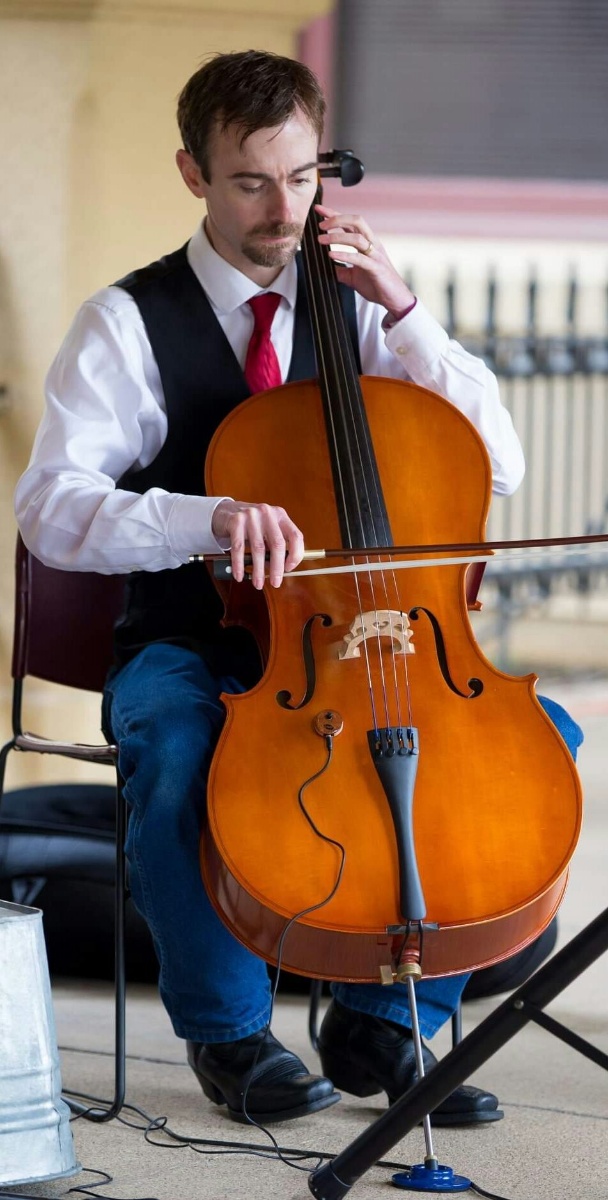 Currently earning his Music Education Degree, Rhett has a love for all things Fiddle, Violin & Music. Proficient in Cello, Sax, Guitar, & other wind instruments, Rhett went on a trip to Ireland when he was 19 years old which "changed him". He was at an Irish spot where a local whipped out his instrument & started playing some tunes. He entertained the group with some Irish melodies & said to Rhett, "You're from Texas! Sing me a little song! A Texas Song!". Not knowing what to sing or play, Rhett came home inspired & determined to learn some Texas Tunes & spread that inclusive & contagious love for music to others. He then spent his college years honing on his Instruments & making the rounds performing around the Texas Music Circuits, marching in Tarleton University Band, & touring with Texas Band greats like Cross Canadian Ragweed. He wrote poems on the side & got a fire for putting those poems to music & getting people to dance & sing through fun, engaging performances. With a heart to teach others what he's learned, we love having him on our Creative Soul Top Notch Team!