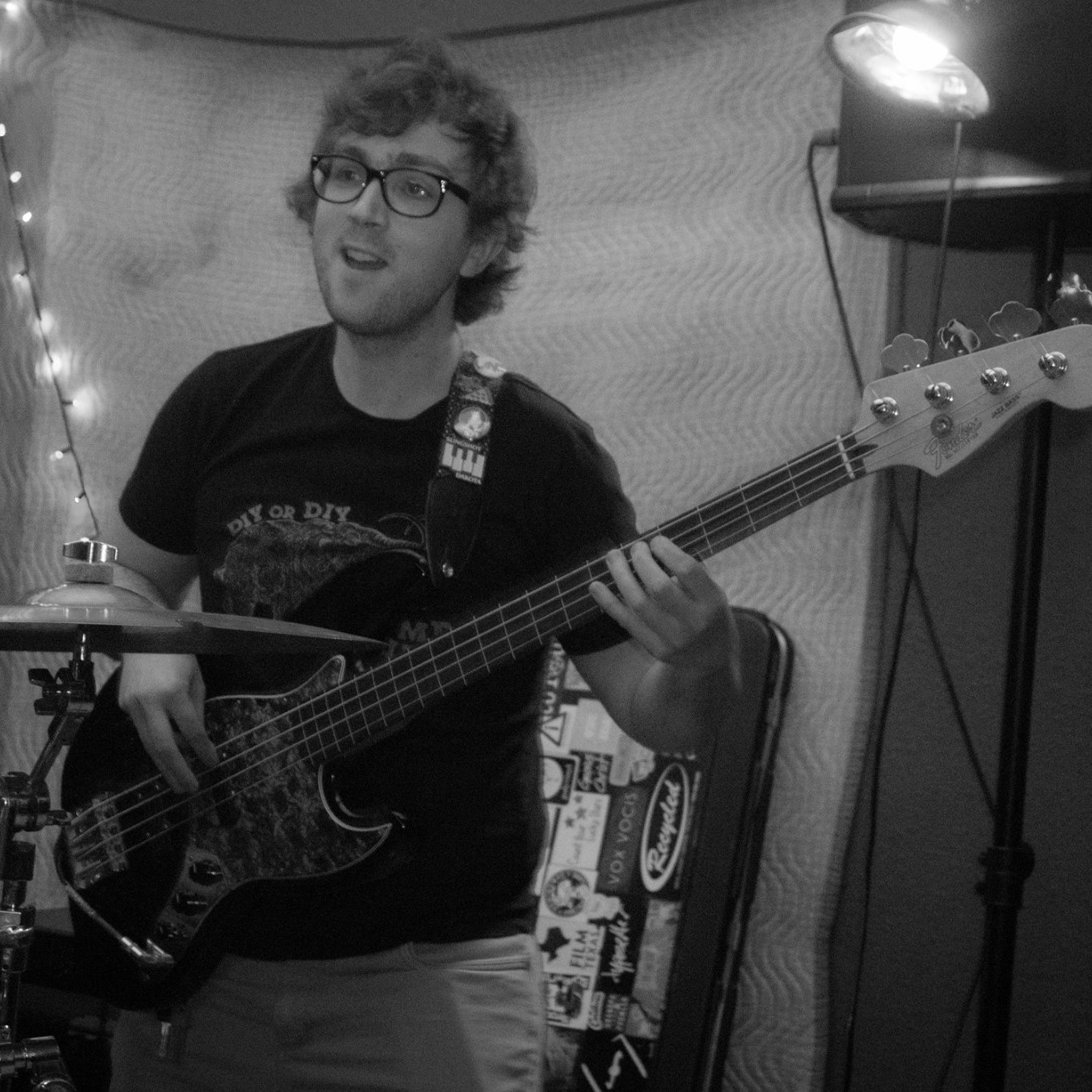 Kyle has been playing in bands since 2007, his first experience being with playing with the Trinity Bible Church youth group praise band. In high school, he joined his first band Strive, Atlantis! which gave him his first taste in the music scene in North Texas. Kyle went to Texas Christian University where he got a B.S. in Film, TV, & Digital Media and a minor in Music. He still continues to take lessons from Kyp Green, the jazz bass teacher at the TCU school of music. Kyle works for Afallon Productions doing live sound, box office, show promotion, and other things in addition to teaching. His bands include I Am Clark Kent which was nominated for the Fort Worth Weekly's Best "Avant-Garde/Experimental" act in 2016. Ladybug, which is a math rock fusion trio that just released an EP titled "Love Songs" this past August. Kyle's newest project is a funk & jazz fusion collective compromised of musicians from TCU and the Fort Worth Music Scene. He is also working on his first soundtrack for a short film being made in the TCU Student Film Association. His favorite genres include jazz, funk, 90s country, indie rock, and many more. Kyle stays busy writing and playing different types of music, something that one of his heroes, Michael League of Snarky Puppy, told him was the key to being a great bassist and musician.